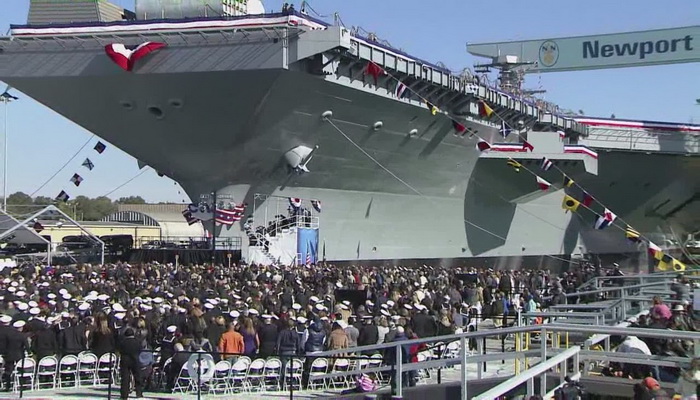 carrier of the Gerald R. Ford class, slated to replace USS Nimitz (CVN 68), when that ship is decommissioned.

CVN 79 is the second aircraft carrier to honor President John F. Kennedy for a lifetime of service to the nation. The president wore the uniform of our nation as a Navy lieutenant during World War II and served as the 35th President of the United States, from January 1961 to November 1963.

The new technology and warfighting capabilities that the John F. Kennedy brings to the fleet will transform naval warfare, supporting a more capable and lethal forward-deployed U.S. naval presence. In an emerging era of great power competition, CVN 79 will serve as the most agile and lethal combat platform in the world, with improved systems that enhance interoperability among other platforms in the carrier strike group, as well as with the naval forces of regional allies and partners.