Stay updated with our latest news and activities.

The training and preparation of human resources in all fields of life is the basis of success. Creating development and progress in all sectors of the nation whether may it be in the defense, production or services sectors. The training and preparation also involves the advancement of the human resources of the nation through developing the skills of the individual's citizens and military leaders and subordinates and on all levels. 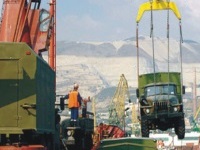 Army reinforcement & supply are used frequently and their role become more important time in and time all over and even more with the fast technological changes in arms and equipments and the complication of the military system and expansion of military operations and remoteness of fighting military units and the main supply bases along with the increase of the size, variety and complexity of armed forces needed. 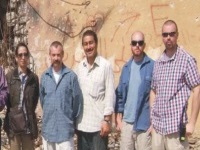 In 1943 the British Armies and its allies liberated Libya from its 32 year occupation by the axis powers during World War II; leading to Libya's independence in 1951, the first country to gain independence through the United Nations. Half a century after independence, the United Kingdom was once again at the side of the Libyan people in helping to overthrow the oppressive regime of Qadhafi after more than 40 years of autocratic rule.

We have 760 guests and no members online