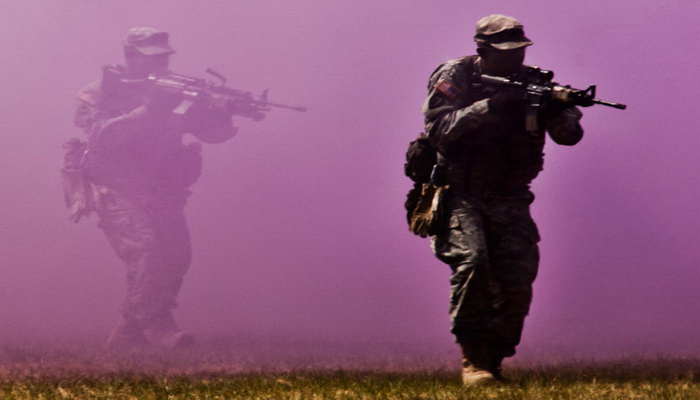 The confusion between the meaning of the military doctrine and the professional duty of the armed forces still exists, and clarification of this matter is very important, and attention should be paid to it and its knowledge, even at a minimum

level for non-specialists. And the moral and educational curricula, and it is the basis for framing the state's needs of various types of weapons, their suitability to the conditions of the state, the difference in its geography, and the nature of the expected military operations in it.

The term doctrine is an Arabization of the word (Doctrine), which means ideologies or practical and philosophical theory, and is also translated as (doctrine). Therefore, the literal translation of the word in its Latin origin may be the reason for the overlap of the meaning for the recipient, which in turn contributed to mixing the general concept of military doctrine with religious belief For many to believe that it is defending the homeland and believing in God, the first is a professional duty for any armed forces, and the second is directed towards pure religious belief, and this differs according to the religion that the citizens of this or that country embrace, although the spiritual and religious aspect is also considered one of the most important pillars of the military doctrine.

Therefore, the military doctrine, in its simplest definitions, is the basic law of the state in the military field, and it is the one that grants legitimacy to the military operations carried out by the armed forces inside and outside the state, directs them and controls their behaviors and procedures during the implementation of their tasks, and they change according to changing policies and surrounding conditions, the state of the state, the degree and type of its weapons, and the duty Professionalism is the work performed by the military and others in the event that their country is subjected to external aggression or a security defect, with which the army must intervene to control the security of the state, and its work is under the concept of that belief. Usages and military law.

The confusion between them may be the result of the overlapping of their concepts, as the professional duty comes from the curriculum that the military was trained on according to the doctrine that his leadership pursued, in order to determine through which the concepts of defense, combat, war, when and how and for anything.

It has been proven through the events that have ravaged and are still ravaging many countries of the world that the power of the state (the army) cannot be used as a striking and decisive national tool to ensure security and safety in the state and to prevent and control wars and internal armed conflicts without a clear and integrated military doctrine at all levels according to established rules and principles. It is possible in any way to depart from it except as required by the public interest of the country, and it shall be developed every period and time in line with the state of the state, its economic, social and political conditions, the state of the general international situation, and the requirements of common interests between states.

Even the great powers adopt their defensive foreign policy in line with their beliefs stemming from the compatibility of their interests, and amend their beliefs every period and time to serve those policies.

We have 2270 guests and one member online