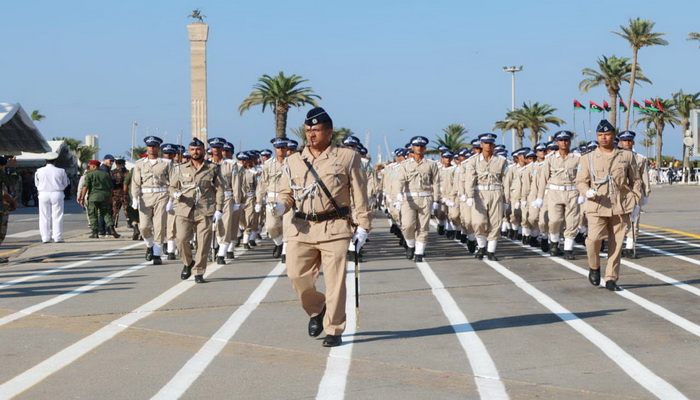 In commemoration of the eighty-second anniversary of the founding of the Libyan army, alshohadaa Square in Tripoli witnessed this afternoon, Tuesday, August 9, 2022, a military parade carried out by symbolic units of the various pillars

of the Libyan army; Land, Naval, Air and Air Defense in addition to the kradis from 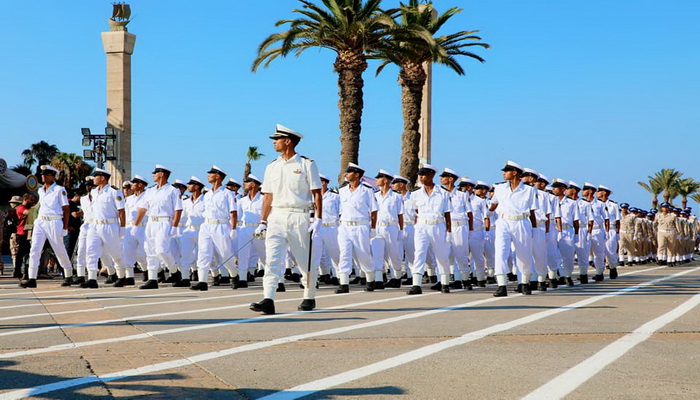 The ceremony took place in the presence of the President of the Presidential Council, Mr. Mohamed Al-Exile, and the Vice-Presidents of the Council, Mr. Abdullah Al-Lafi, and Mr. Moussa Al-Kony, in their capacity as Supreme Commander of the Libyan Army and Head of the Government of National Unity, Minister of Defense and Chief of the General Staff of the Libyan Army, General Mohamed Al-Haddad, commanders of military regions, commanders of military colleges, a number of military and security leaders, as well as members of the diplomatic corps working in Libya, military attachés of brotherly and friendly countries, a number of army and police officers, members of the military institution and a crowd of citizens. 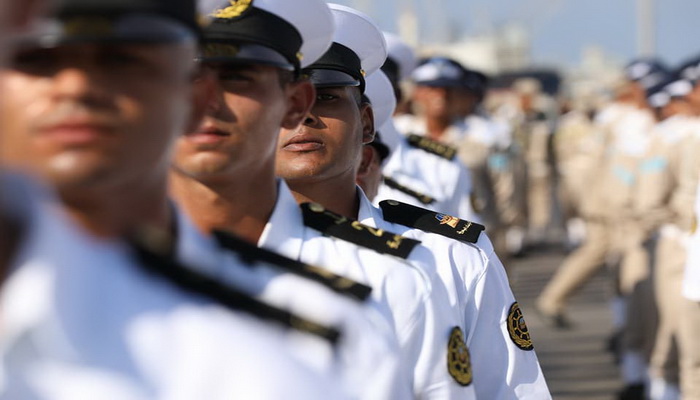 During the celebration, the President of the Presidential Council delivered a congratulatory speech on the occasion, in which he stated that the Presidential Council, in its capacity as the Supreme Commander of the Libyan Army, seeks to build the military institution, in a national building that transcends regionalism, and that the options have become clear and clear to every visionary to build our country in the footsteps of our fathers and grandfathers; 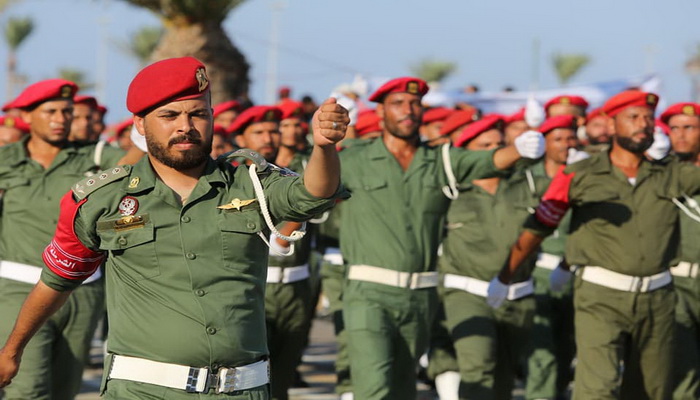 The Prime Minister of the Government of National Unity, Minister of Defense Abdel Hamid al-Dabaiba, and the Chief of General Staff, Lieutenant-General Muhammad al-Haddad, gave their words in which they commended the Libyan army, and stressed the need for its unification and unity to confront the challenges facing Libya at this stage. 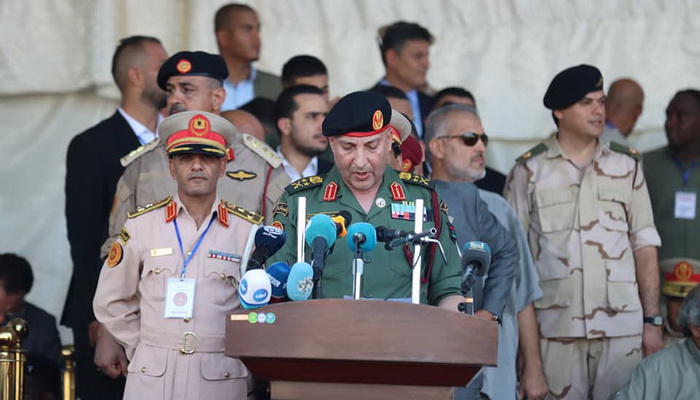 During the parade, a parachute operation was carried out by the Special Forces, and an air show by the Libyan Air Force planes, and the Libyan naval forces also participated in the parade.

We have 1097 guests and no members online