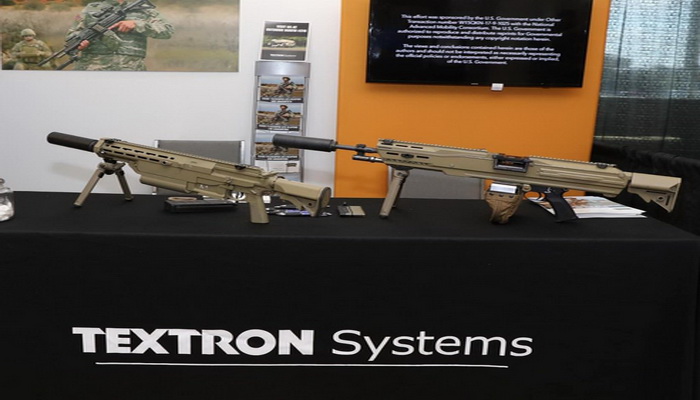 Diversified manufacturer Textron showcased prototypes of the Next Generation Squad Weapons (NGSW) in public for the first time during the 2019 Maneuver Warfighter Conference at the Maneuver Center of Excellence.

The revolutionary weapon system was introduced in two high-performance versions, the 6.8 mm Next Generation Squad Weapon – Automatic Rifle (NGSW-AR) and Next Generation Squad Weapon – Rifle (NGSW-R). The NGSW-AR will replace the M-249 Squad Automatic Weapon, or SAW, in the Automatic Rifleman Role, and the NGSW-R will replace the M4/M41 Carbine in Brigade Combat Teams.

The goal of NGSW is to improve lethality, mobility and situational awareness of the dismounted infantryman, scout and engineer to overcome the nation’s adversaries and win on the battlefield.

“We have assembled a team that understands and can deliver on the rigorous requirements for this U.S. Army program with mature and capable technology, reliable program execution and dedicated user support,” says Wayne Prender, Textron Systems’ Senior Vice President, Applied Technologies and Advanced Programs. “Together, we are honored to support America’s soldiers with the next-generation capabilities they need in their most dangerous missions.”

Textron also announced on 30 August its selection by the U.S. Army’s Project Manager Soldier Weapons as one of three organizations to deliver Next Generation Squad Weapons (NGSW) based on the company’s mature, high-performance cased telescoped (CT) technology. Under this award, Textron Systems will deliver 43 6.8mm CT NGSW-Automatic Rifles and 53 NGSW-Rifles, as well as 845,000 rounds of CT ammunition during a 27-month period of performance.

The NGSW is planned for fielding 2021 or 2022. Versions of the weapon are intended to be equipped with sophisticated technologies such as ballistic calculation, intelligent targeting and tracking capabilities, wireless communication and advanced camera-based capabilities.

We have 364 guests and no members online