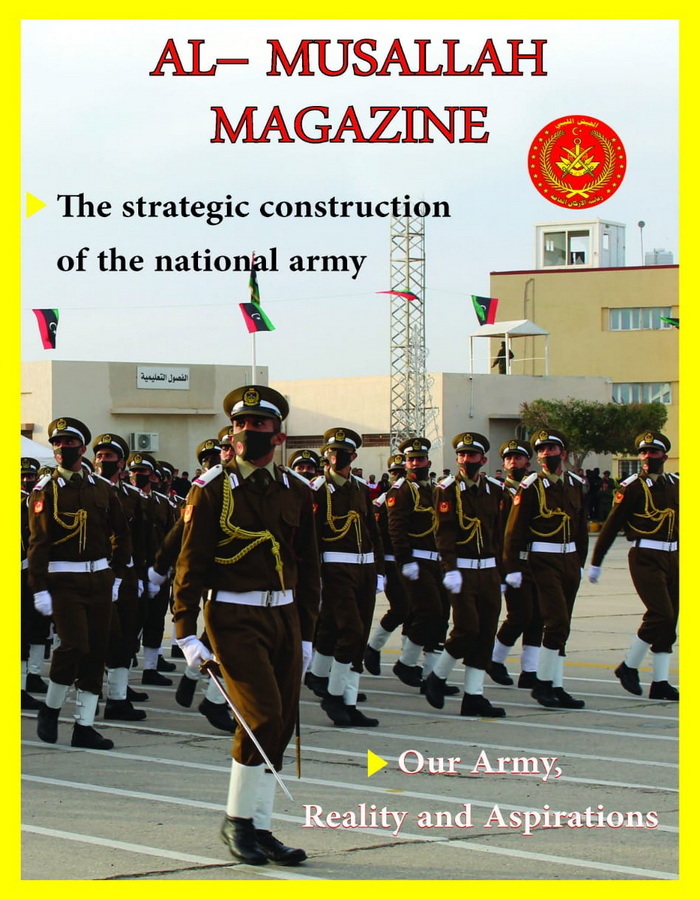 After a long wait, the new issue No. 48 was released, the paper version of the Libyan magazine "Al-Musallh", after an emergency hiatus that lasted for a few years, and today " Al-Musallh " comes out to you in its new issue,

which bears the number 48, December 2021, and it will continue with God's help in its path, God willing.

With the vigor of its editors and its administrative and technical body who resolved to do so and persevered until it graduated after years of hiatus, they salute and appreciate as well as salute and thank everyone who supported the armed man in its quest to reappear in its paper version again.

As a specialized military magazine, "Al-Musallh" adopts a sober editorial policy that seeks to raise the intellectual and cultural level of the military and civilians alike, and provides information in a distinguished scientific and professional form, supervised and managed by a group of specialized Libyan officers from the cadres of the Libyan army, who re-issue it at a time when we desperately need it To make military and security sciences a requirement and a tool for development and prosperity, not a means of killing and destruction in our beloved country.

The first launch of the almusallh magazine was in 2008 , and it has been distinguished since its launch in its different professional form and its various sections according to its own journalistic tradition that distinguished it from others, and it has received the approval of readers and followers, thanks to God, and is still on the same approach.

In its editing, Al-Musallh relies on the formula of the scientific article with military, technical and tactical vocabulary in its narration of military news and incidents, and it follows up on new sciences and weapons and deals with the events of military history and the diversity of opinions in military thought. It expresses the sum of the diversity and personal experiences of the writers that they lived through, or perhaps transmitted from others.

It is worth noting that the Al-Musallh magazine website continued to operate throughout the period when the paper version stopped being issued and was not affected by its suspension on the same national approach by the editorial board, following up on various military news and events at home and abroad, in addition to following up publication in other sections of the magazine with great vigor despite the surrounding circumstances, but the will makes the impossible and the will The armed man was not affected and continued with the same loyalty and pledge to her followers to provide all new and useful and will continue....

We have 939 guests and one member online