U.S. Air Base Reconnaissance "A B-201" Niger ... The shadow war base against terrorism. 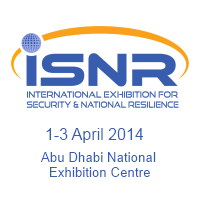 stressed that pressing issues will be discussed by specialists and experts in the accompanying scientific conference on “security challenges”.

It is worth mentioning that this conference is organized as part of ISNR 2014 and will tackle topics related to security challenges.
“The UAE is keen to network with professionals and scientists in all fields that strengthen international cooperation under the renaissance and the unprecedented boom the UAE is witnessing in tourism, and its emergence as a global hub for hosting major international sporting and business events, such as the World Expo 2020 in Dubai and the Formula 1 Race in Abu Dhabi, as well as many other annual events that attract thousands of visitors from around the globe,” said Major General Al Kutbi.
Furthermore, Major General Al Kutbi added that ISNR Abu Dhabi 2014 aims to discuss means of cooperation and promote the exchange of ideas among government agencies to ensure the security of national installations and facilities. “It will also be an important opportunity for leading international companies in this field,” said Al Kutbi, stressing the importance of developing diverse and sophisticated communications systems, in accordance with the best international standards.
On the same note, Al Kutbi pointed out that the Ministry of Interior is seeking to harness all energies and resources to serve the nation, citizens and residents alike. “We, in the UAE, do not spare any effort to give priority to the happiness, security and stability of the citizens,” said Al Kutbi.
He noted: “We are well aware of the security bodies’ role in the promotion of security, and being the watchful eye to safeguard security and stability. This would not have been possible without the continuous support of the higher leadership, and the utmost care and attention it pays by providing the security authorities with all modern state-of-the-art equipment, and all that is necessary to enable them to carry out their national responsibilities with confidence and competence in various areas in order to keep the UAE an oasis of security and stability,” said Al Kutbi.

In conclusion, Major General Al Kutbi noted that guiding the population is one of the most important issues of concern for the people in charge of police and security, and doing so without compromising personal freedoms. “This calls for greater cooperation and coordination between the competent security authorities, especially when organizing major sporting events, in addition to securing and protecting public facilities and anticipating the speed of response in a timely manner. This would consolidate and strengthen security efforts through the use of computers, sophisticated technical devices, smart phones and other machinery and equipment that the concerned authorities provide, with sophisticated techniques,” said Al Kutbi.

We have 498 guests and no members online