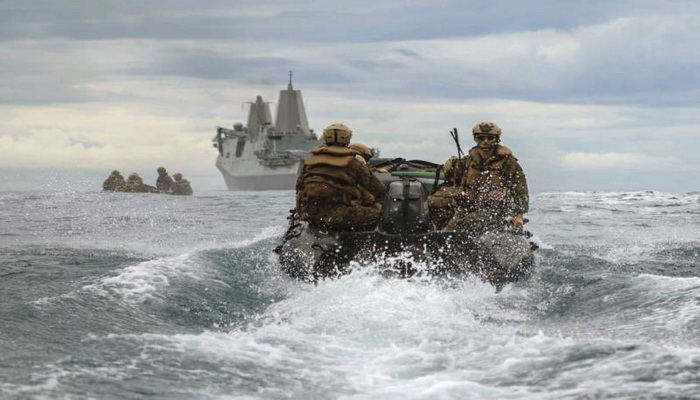 NATO does not intend to leave the Black Sea and will continue to strengthen interaction with its partners in the region, despite Russia's opposing position. This was stated by the Special Representative of the Alliance Secretary

General for the South Caucasus and Central Asia James Appathurai.
A NATO representative arrived in Georgia, where he gave interviews to local media and assured Georgian partners that the alliance does not intend to leave the Black Sea region. Commenting on the provocation of the British destroyer off the coast of Crimea, Appathurai said that the ship's crew acted correctly, NATO has a "complete picture" of what happened, since Great Britain provided "complete data."
According to him, the alliance will continue to support "freedom of navigation", including off the coast of Crimea, since the peninsula is Ukrainian, and Ukraine is a NATO partner. It was the principle of "free shipping" that the British destroyer demonstrated, the NATO special envoy emphasized. At the same time, Russia is taking a negative stance, deploying weapons in the Ukrainian Crimea and preventing ships and vessels from freely navigating the Black Sea.
NATO has a strong position when it comes to freedom of navigation and the fact that Crimea is Ukraine, not Russia. During this incident, NATO allies stood firm in defending the principles I listed.
- he said.
At the end of the interview, Appathurai once again promised the Georgians support on the path of joining the alliance, protection from Russia and deeper cooperation.

We have 1113 guests and one member online