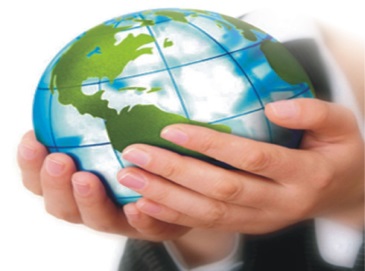 Our age is distinguished with the fact that dealing with the Technology has become an operation which attains the interest of all nations with various grade of growth. And in spite of the different aims of those nations, but they seem to agree that science and technology are the most active instruments to achieve their targets,

where most industrially advanced countries exploit the largest part of their interest in the technological field so as to have control on the sources of knowledge to widen the gap between them and the under developed counties: while the under developed countries concentrate all their interest on identifying the method and the quality of the sciences and technology which may contribute more actively in the success of the operation of transferring technicality and constricting that gap.

The first step for success in transferring technology is to possess the fundamental knowledge, (The science obtained through the educational operation), which makes us capable to bring and absorb the products of this technology as of equipments and appliances and what follows as a second step as of the ability of the optimum employment of those products; and performing the maintenance and repairs as a third step. And the experts define the three previous steps as the transfer of technicality; as for the transfer of technology, it requires two additional steps which are the assembly and development of the product.

An Entry about the concept of Technology
Technology is of great importance owing to its contribution in spreading the technical knowledge and what comes out of advantaged to the party owning it or the country to which that party relates.
And starting from the importance of Technology, the definitions given to this expression were several in number and quality; where there is no expression attained as much as technology attained of publicity; however, it is still highly ambiguous: for so many people employ it without caring to identify its meaning or significance.
Technology is a compound of which the substructure are equipments and knowledge which include all kinds of equipments, tools and buildings; as for the knowledge, it includes all principles, systems, sciences and skills; and finally it is possible to say that technology is :-

The collection of knowledge, experiences, skills and implements which man employs to dominate the environment surrounding him and exploits those knowledge and implements for production and development.
Types of Technology:
Embodied Technology: It is embodied either in the individuals or the equipments, appliances and the supplies.
Disembodied Technology: It is represented in the knowledge and changing the conspectus of the innovated scientific researches to practical and scientific applications.
An entry about transferring technology

What is meant by transferring technology is borrowing the technical styles (methods) applied in the advanced countries to employ them in what will serve growth and progress with us: and the concept of the operation of transferringtechnology should not be dedicated to transferring the material side only but it must be looked at as transferring the knowledge, plans and the procedures pertaining to them. Then, we can transfer the technology in a material form or in a cognitive informative form; and this leads us to say that transferring the technology does not mean transferring appliances and equipments only but we should exceed it to possess the knowledge and capability for developing.
An entry about the suitable technology There is no specified technology which we can title as a suitable technology emerging from certain technological environment and is all set for instant employment in another technological environments but there are internal and external factors of which the interaction result leads to the best choice of appropriate technology.
-Internal factors:
1. Necessity of the existence of clear plans and strategies which specify the type of technology which is required to be transferred.
2. Interest in education and connecting it to the plans of transferring the technology.
3. Cooperation with the Universities and centers of studies to present proposals and surmount difficulties.
4. Granting special care for training plus taking care -specifically- in training on computer technicalities and foreign languages.

- External factors:
1. It is difficult for the under developed countries to select the suitable technology because the advanced nations-in most cases- identify the type of technology.
2. Some kinds of technology are difficult of access owing to the feature of confidentiality which the advanced countries impose in addition to the political considerations.
The technology is considered suitable when it works on satisfying the fundamental needs plus our possessing the knowledge and skills which are capable of developing that technology.

And -in general- we can identify the characteristics of the suitable technology in the following points:-

- the possibility of adjusting it according to our needs.
- It should develop self-independence.
- To be of low costs.
- Possibility of developing it and manufacturing some parts of it locally.
- It should be flexible and not complicated so as to be understood, controlled and maintained.

1.The importance and specialty of technology transfer contract result from the importance of the technology itself without which it is difficult to bring about any progress.
2.The relation between the two parties of the contract is incommensurate because the recipient is mostly an underdeveloped who does not possess the sufficient amount of knowledge which places him on equal footing with the provider.
3.The period of performing the transfer of the technology is a long period which imprints the contract of transferring technicality with the feature of unsafety.

And finally it is possible to say that the most important factors of success of technology transfer operation are to come about on sound and fair foundations and this does not originate but through commensurate contracts and legislations which guarantee the interest of all parties.
Conclusion:
One of the most important facts which came out into existence during the past decades is represented in the fact that the technology is considered the basic factor which identifies the range of scientific capacity of a nation and then its capability to secure its national security.
Transfer of technology is not more than an adjuvant factor which could not perform its role but under certain conditions and this means that restriction on merely transferring the use of technology represents only the transfer and usage of certain appliances whereas the real transfer of technology exceeds that to possessing the technology through affecting the elements composing it. And in another word, non-restriction on receiving and using the technology but the attempt to be acquainted with its components, parts and its technical requirements.

1.Technology is not a merchandize to be sold or purchased like any other merchandize but it is the result of societal development and it is the collection of the knowledge, skills and experiences.
2.The technology transfer operation is not a provisional aim which is terminated after importing the pieces, equipments, appliances, the workshops and the like … but it is a continuous operation for developing creativity and achieving interaction between our requirements in building a modern state and the scientific progress around us.
3.Transferring the technology by adopting "key handover" style is erroneous because it deprives the local cadres of attending the stages of manufacturing and then hinders their subjective capacities in developing.
4.Absence of scientific research and developing units in the state and non-existence of any cooperation among them -if available-.
5.Education curricula are old and don't keep up with the technology and the scientific developments which has a negative impact on the level of those missioned to obtain knowledge.
6.The low level of local educational establishments graduates owing to non-existence of curricula which keep up with the great scientific progress and non-existence of cadres of qualified teachers.
7.Non-existence of clear strategic plans on the light of which it is possible to identify the size and type of suitable technology which should be transferred.

We have 589 guests and no members online