the first batch of the region’s recruits, and the number of its members reached more than 1,000 recruits, after they received intensive training It lasted more than nine consecutive months. 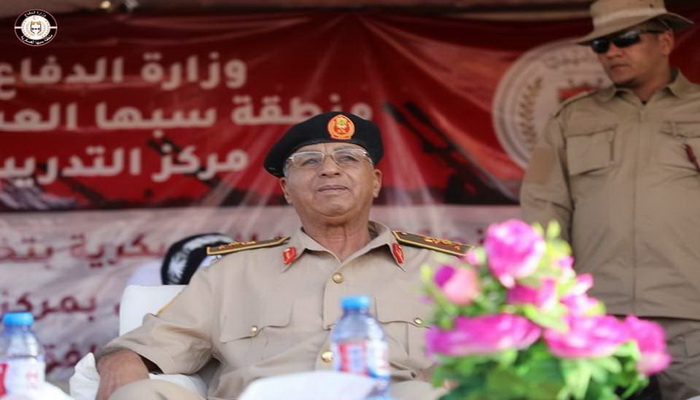 The graduation ceremony was attended by a number of officers, non-commissioned officers, soldiers of Sabha Military Region, a number of military and security leaders in the region, members of the Municipal Council, a group of sheikhs and dignitaries of the region, activists of civil society institutions, and the families of the graduates. 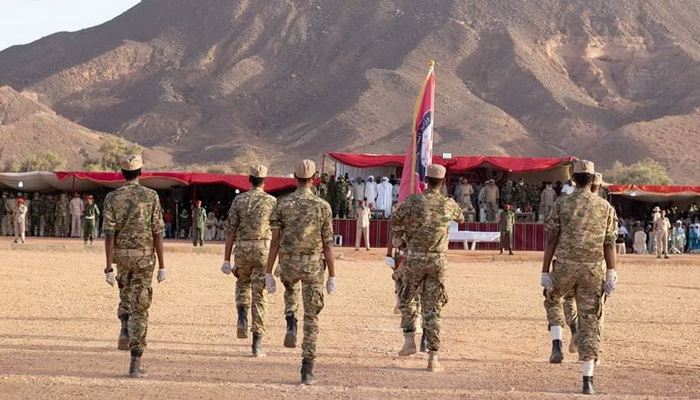 The graduation of this large number is the culmination of the efforts made by Lieutenant-General Ali Suleiman Kanna in order to work to reactivate the Libyan army in the southern region and push new fighting cadres to build the  Libyan military institution. 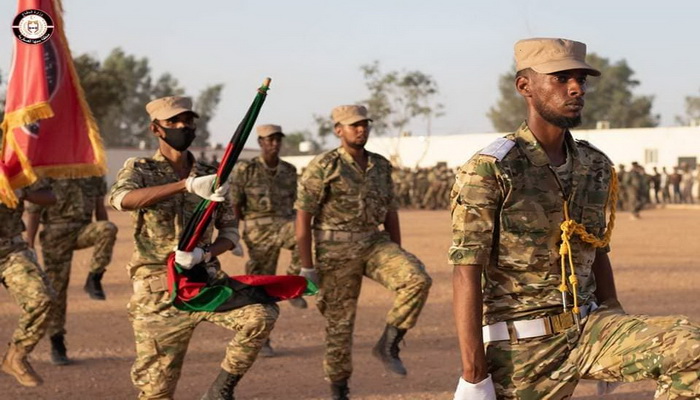 The celebration began with a distinguished military parade that presented a good picture of the high level of training received by the graduations and showed the degree of control and high connectivity they had, which had a good effect and won the approval of the audience. 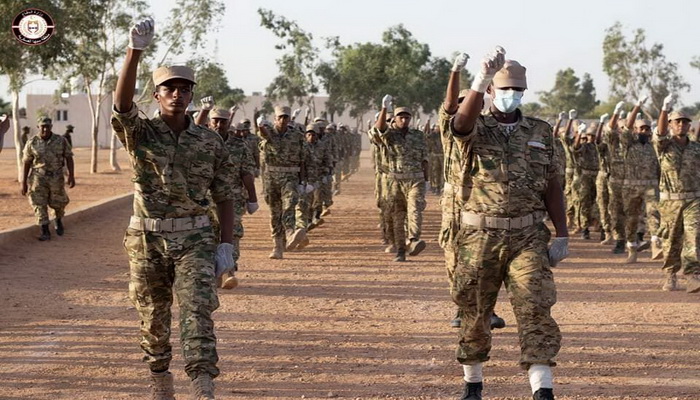 On this occasion, Lieutenant-General Ali Suleiman Kanna delivered a speech at the ceremony in which he congratulated the graduates who successfully completed their training and joined the military cadres of the Libyan army, and pointed out an important point, which is that these graduates prepared to protect Libya’s borders and protect and secure its areas. 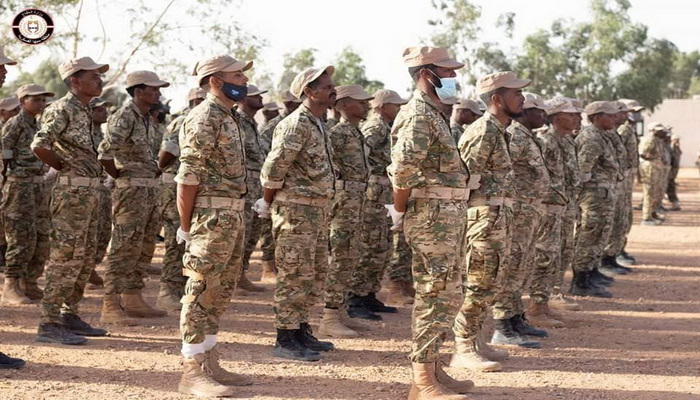 Lieutenant-General Ali Kanna called on the country's military leaders, the 5 + 5 Committee, all Libyan parties and the international community to expedite the urgent unification of the military institution. 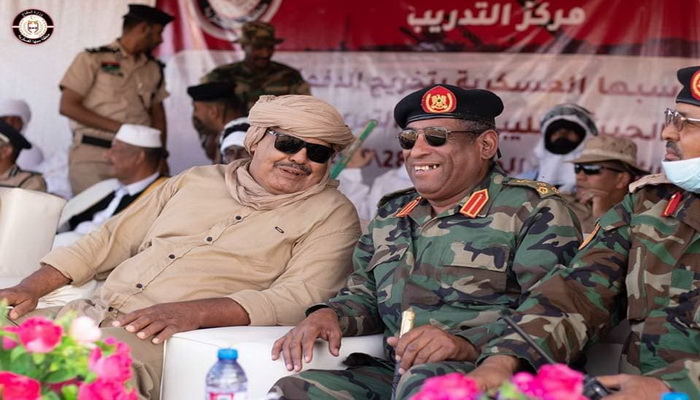 and The Commander of the Training Center in Sebha Military Region, Colonel Issa Aghaly, welcomed the attendees and thanked the commander of the Sabha Military Region, who was a sponsor, supporter and participant in the graduation of this batch. He also praised the officers, non-commissioned officers and soldiers for their hard work during the training period, stressing that this batch is an addition to The units of the Libyan army and a building block of the armed forces in the region to protect the homeland and itsecurity and safety. 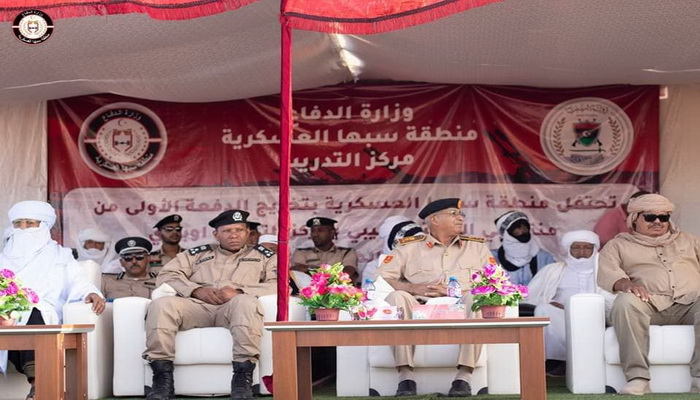 The Commander of the Moral Guidance Branch in Sebha Military Region, Brigadier General Jamal Abdel Hamid, delivered a speech on the occasion in which he welcomed the attendees, congratulating the graduates soldiers who joined from different regions of Libya, who do not belong to a party, a sect, or a tribe, but rather to Libya, the homeland that unites them aland them believes that loyalty to God and the homeland and they will be active soldiers within units The Libyan army and also thanked everyone who contributed to the training and indoctrination of this batch of officers, non-commissioned officers, teachers and supervisors. 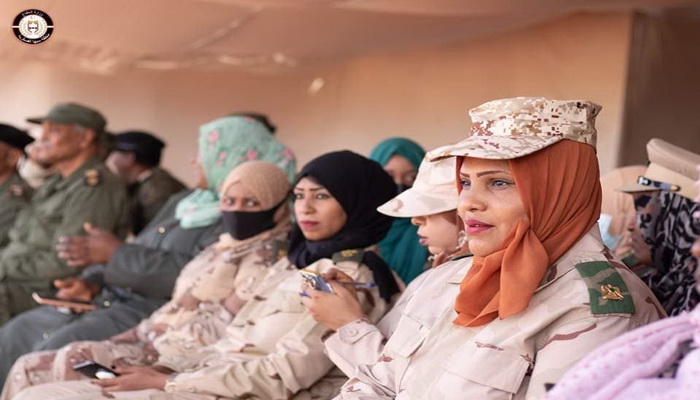 During the ceremony, the commander of the training center, the commanders of the support brigades, the officers and non-commissioned officers who trained this batch were honored for their great efforts to push new cadres for the Libyan army units armed with their faith in God and the homeland and ready to make every precious for its unity and safety. 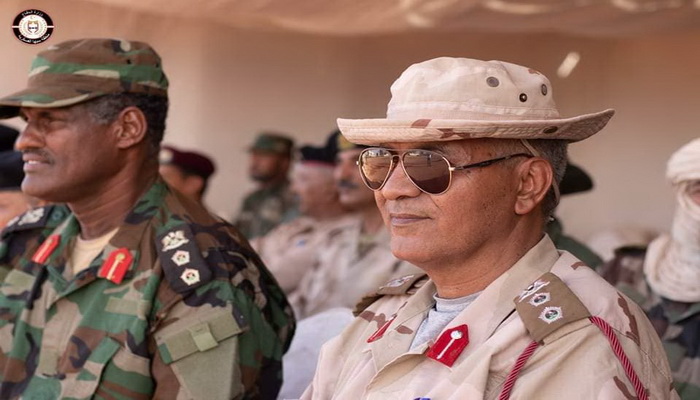 At the end of the ceremony, the commanders of the Supporting Force Brigades presented a shield of honor to Lieutenant General Ali Suleiman Kanna, the commander of the Sabha Military District.on the occasion, and the families of the graduates presented a number of symbolic gifts to him. 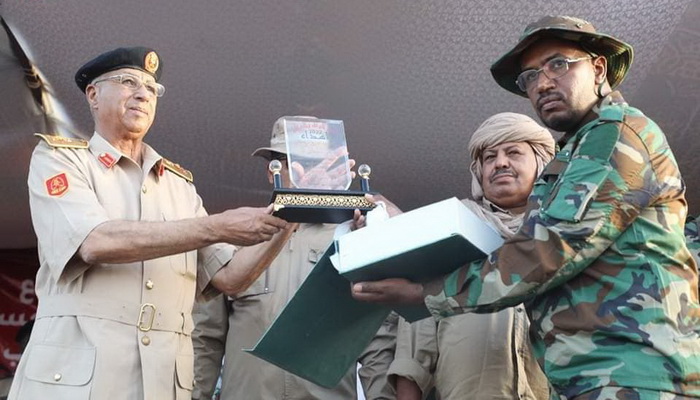 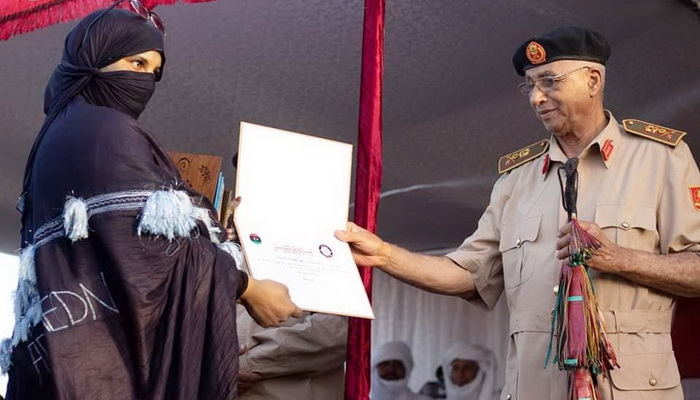 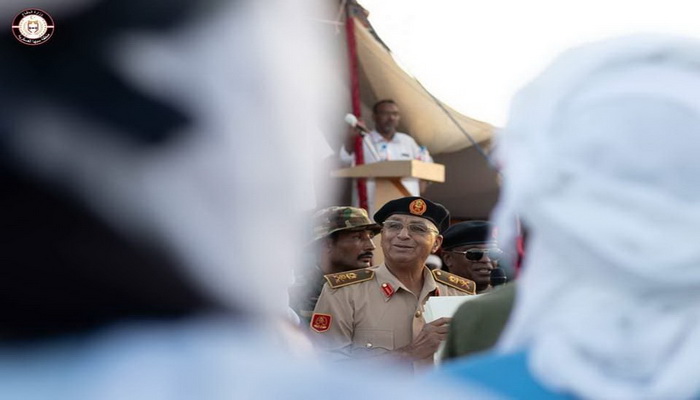 We have 2185 guests and no members online