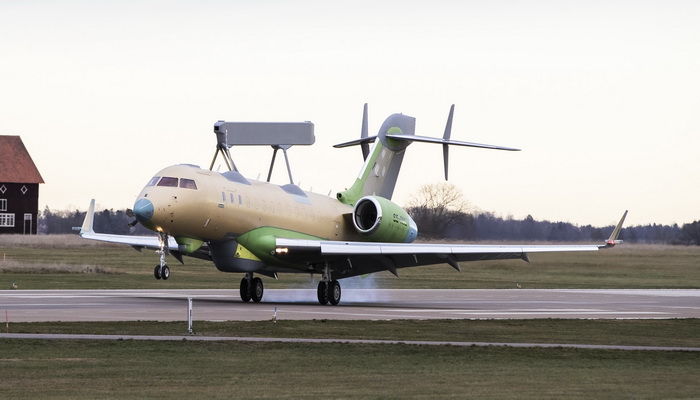 the ERIEYE ER AEW&C radar has taken to the air today in Sweden – delivery on track for the customer,” Saab United Kingdom boss Andrew Walton said on Twitter.

According to Sabb, the GlobalEye AEW&C is a true multi-role system designed to operate effectively in a wide range of missions – air, maritime and ground surveillance in one single solution.

It can operate in dedicated roles or in a multitude of combined roles and has the ability to instantly switch between these roles – swing-role – at any time during an on-going mission.

GlobalEye AEW&C provides air, maritime and ground surveillance in a single solution. It combines a powerful new extended range radar with the ultra-long range Global 6000 jet aircraft from Bombardier. A solution that maximizes operational performance – both in terms of detection capability and mission endurance – while at the same time offering outstanding crew comfort.

We have 1118 guests and no members online